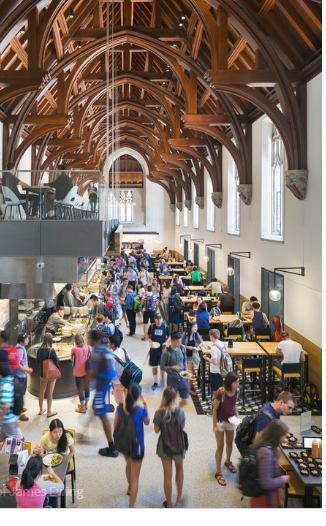 School and university building face a diversity of challenging objectives, and from adversity often emerges genius. The projects below successfully meld necessities with creative purposes of their own. 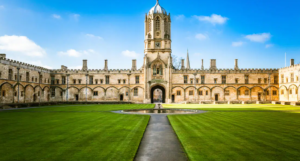 A pressing requirement for this Manhattan college was to maximise use of scarce and expensive space, so a high rise on a small footprint was the way to go. Despite its crowded location, it makes such good use of natural light that its numerous lecture theatres have an open-air feel, thanks to full-height, all-glass construction and panoramic views of the Hudson River.

Cornell University acquired Roosevelt Island in the East River for their technology college Cornell Tech, to be housed in the new Bloomberg Center from 2017. New York is not known for moderate weather, so energy efficient climate control was a priority. A prominent energy canopy fitted with solar panels helps it achieve net-zero self-sufficiency.

Moody Center for the Arts

Renowned for its school of architecture, Rice University had little choice but to come up with award-winning architecture of its own. This brick-and-glass construction has huge upper floor apertures suspended above slim columns. With an ethos of “collaboration and openness”, interior glazing and interconnected open-plan spaces bring different disciplines into proximity and lend themselves to flexible uses in a building combining studios, exhibition space and performing arts.

The college’s new bespoke education buildings express the merger of Chinese and western traditions that is creating modern China. To do this it combines styles drawn from Oxford and Cambridge universities with those of traditional Chinese courtyards.

Buying a house close to universities like Oxford or Cambridge can really affect house prices and can be something worth considering when looking for a Conveyancing Company such as Sam Conveyancing. 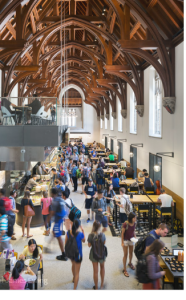 Horace Trumbauer’s 1920s design for Duke University in North Carolina resembled an old world castle with gothic arches and castellated roofs. It’s now supplemented with a box-shaped union building of glass and light steel perched on gothic wood trusses. A similar idea also inspired von der Heyden Pavilion, another glass cube-like student meeting place nestling amidst the gothic walls. Success in blending old and new is achieved through transparency, with sweeping views both from and through the new buildings.

Nevertheless these projects have demonstrated that creative potential and modern efficiency can harmonise with traditional style.